With the horrible events of last week in Paris, Beirut, Israel and Kenya on my mind as we start the work week, I want to encourage everyone to think of ways to use connected technologies to bring us together instead of pulling us apart (as the extreme elements want). I wish you all a peaceful and productive week.

See something we missed? Email us, we’d love to hear from you.

3 Reads To Start Your Week

The Best of Last Week

1.   “Is the Sharing Economy a Retail Disruptor?” via eMarketer – “The sharing economy has emerged over the past decade to revolutionize travel and transportation. Is a similar disruption coming to retail?” – http://goo.gl/yrmGl0

2.  “Zipcar’s Co-Founder Weighs In on the Sharing Economy” via Bloomberg Business- “I think it’s one sub set of a much larger movement of platforms and people that are really reinventing the way we build businesses.” – http://goo.gl/q4lJZ6

3. “Future of the Global Workplace: The Growth of the Sharing Economy” via Radius – “Simple in concept, the sharing economy is also disruptive and has the potential to change the nature of work and careers.” – http://goo.gl/XZNt43

4. “We Need a Social Economy, Not a Hyper-Financialized Plantation Economy” via Charles Hugh Smith  – “What we need is a social economy, an economy that recognizes purposes and values beyond maximizing private gains by any means necessary, which is the sole goal of hyper-financialized economies.” – http://goo.gl/8H0G4z

6. “Airbnb is trying to resuscitate its image as the ‘nice guys’ of the sharing economy” via Fusion – “Airbnb, the company pledged, would share anonymized data on hosts and guests with cities, take steps to prevent illegal hotels from existing on the platform, and pay its ‘fair share’ of hotel and tourist taxes in cities that require it to.” – http://goo.gl/MtFZHU

7. “The sharing economy is people fueled and cloud powered” via Dell – “While many companies within the sharing economy—also called the collaborative economy—are just coming into their own, they’re actually not new.” – https://goo.gl/qrwxan

8. “Why I’m All For The Sharing Economy” via Odyssey – “The most profoundly positive aspect that the sharing economy has is its benefits for consumers.” – http://goo.gl/RNDpdS

9. “How the Sharing Economy Can Create Value from Waste” via The World Post – “We as a global society are beginning to pause and question before discarding something that might be of value to someone, no matter how remote or disconnected.” – http://goo.gl/NA62cd

10. “Secrets of the Sharing Economy” via BusinessMatters – “New research suggests that far from being the preserve of the millennial, the Sharing Economy is being more readily embraced by older consumers, with 35-44 year-olds emerging as its most vocal supporters.” – http://goo.gl/C44UM3

Don’t forget to register for our Collaborative Economy Kickstart Workshop. Space is limited, so get your tickets today: https://goo.gl/js28NG 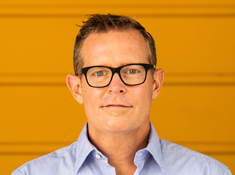